Before a film sets the scene, an ident sets the tone.

The adventure. The emotion. Sitting back to be swept up in a spectacle. This sensation doesn’t start when the movie does—it begins a few seconds before, with the ident. In just an instant, one visual evokes what’s to come. AKQA collaborated with Matthew Vaughn to envision and design a cinematic ident and visual identity that embodies the ethos of his eponymous studio, MARV.

The art of beating the odds.

Every Matthew Vaughn film could have been seen as an uncertain bet. Yet time and time again, MARV has brought us one-of-a-kind legends that re-define genres and form those of their own: The Kingsman franchise, Rocketman, Layer Cake, Kick-Ass and more. AKQA set out to create an ident as original, indelible, playful and tantalising as the films it introduces, while nodding to Matthew Vaughn’s unpretentious urge to beat the odds.

Darkness floods the screen. Shaking is heard from within a distant dice cup. Out of the shadows, dice are cast into light, choreographed as if straight out of a Vaughn fight sequence. They’re amplified by a bespoke, subtle synth score with soft choir, adding to the scene’s intrigue. The dice spiral mid-air like two birds of prey. Time slows down as opposing sides linger to, one by one, reveal each letter. M…A…R…V. They lose tension and hit the deck. One continues to slowly tumble as we finally dip to black, caught in a moment of uncertainty. The audience is left wondering: will MARV do it again?

From the suspense of the cinematic ident, MARV opens into Matthew Vaughn’s ever-expanding universe. Past and present titles are there to be explored, with hints at future releases. Each film is marked by a unique set of dice, inspired by its individual themes and visual language. The dice are the dynamic expression of an evolving body of work, the signature of a visionary filmmaker, and the audience’s invitation into an unforgettable world. 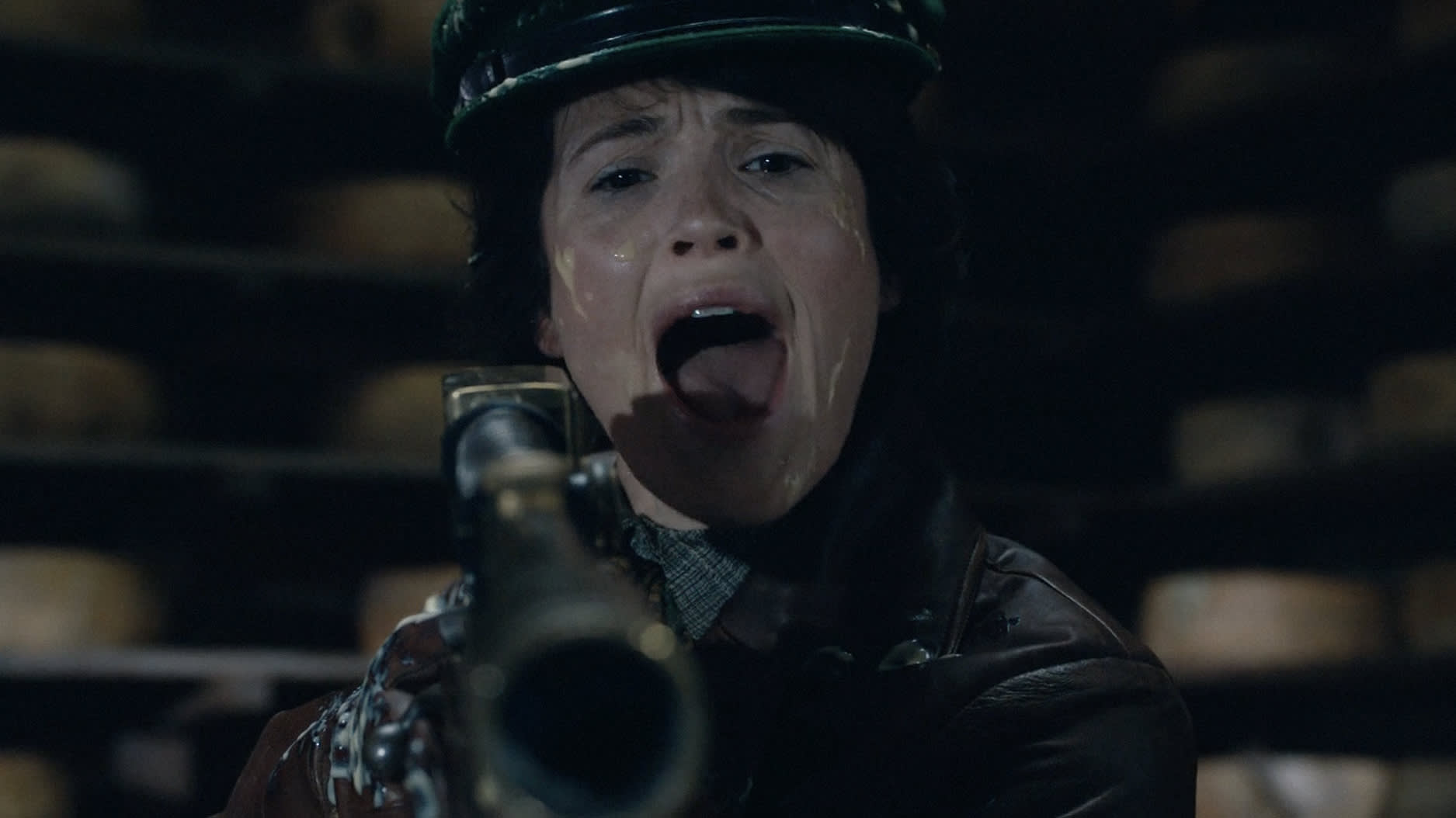 We’ve made superhero movies with heroes without superpowers. We’ve always beaten the odds.

It’s only fitting that the decision to apply the new logo came down to a game of odds. Matthew rolled a pair of dice to decide on the final design. The team at MARV and AKQA watched in keen, anxious anticipation as the two dice landed — double sixes. With this run of good luck, the new logo was made official.

MARV’s cinematic ident and visual identity is unveiled in The King’s Man.

It’s the first roll of the dice, one of many, to emphasise MARV’s drive to beat the odds with every film. See the full ident in cinemas globally with the worldwide release of The King’s Man this December. A film by Matthew Vaughn and 20th Century Studios.

“It’s an incredible privilege and honour to collaborate with Matthew on the new visual identity for his studio MARV. Our aim with the new mark is to express and evoke the essential meaning of MARV’s boundless spirit and imaginative essence. The new identity works beautifully both as a distinctive, original ident and a memorable, playful logo. It is simple, adaptable, timeless and unforgettable, with a sense of charm and uniqueness that’s inspired by Matthew’s vision and extraordinarily vibrant body of work,” Ajaz Ahmed, founder AKQA.

KINGSMAN, the Kingsman Device, MARV and the MARV logo are trademarks of Marv Studios Limited. All rights reserved.