A timeless message for a new generation. 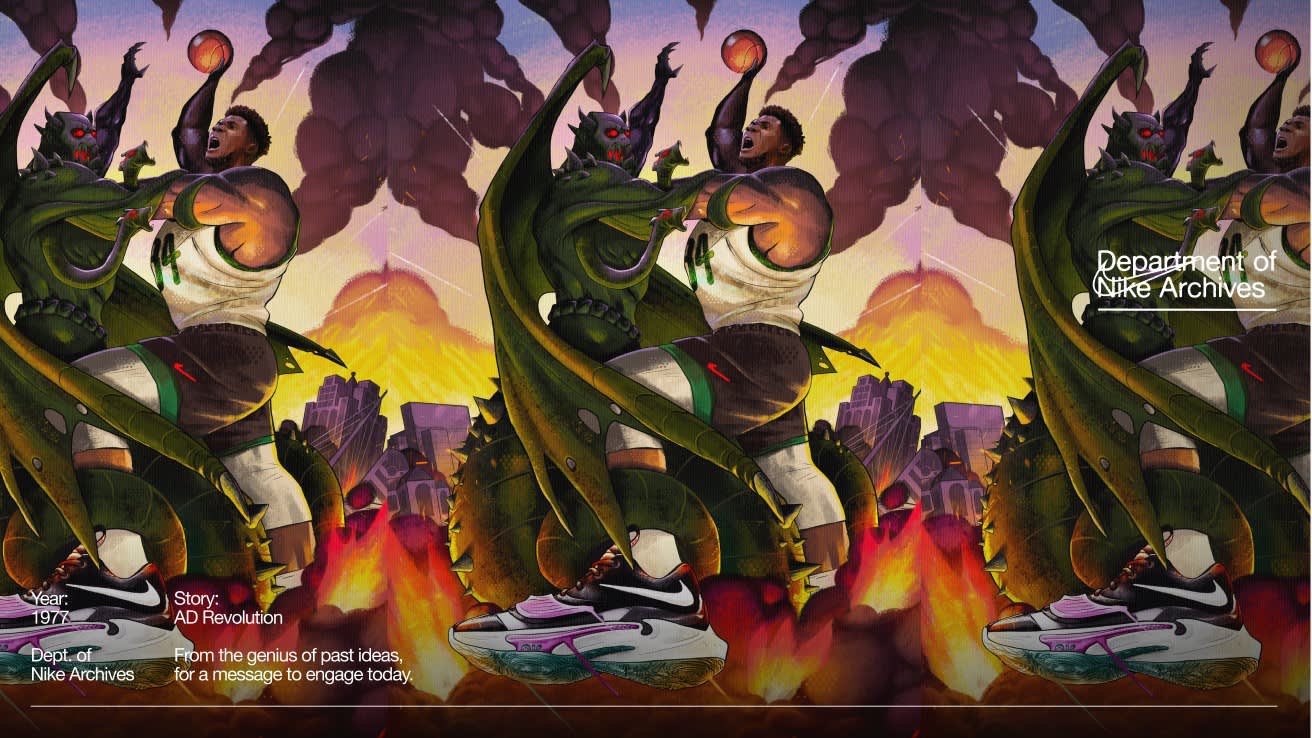 From the genius of past ideas, for a message to engage today.

Nike was built on iconic, influential advertising as much as innovative products. From declaring “There is no finish line” to inspiring a generation to dream crazy. The power of Nike has always been about being bold enough to say what’s on our minds.

A reimagining of some of Nike’s most iconic ads proves they’re more relevant today than ever.

Trends, references, styles and cultural icons change over time, but messages like “Behind every great goalkeeper there’s a ball from...” and “Who said (wo)man was not meant to fly” feel as empowering and motivating as ever. So Nike remade them with some of today’s prominent athletes and creators, like soccer star Sam Kerr and skating phenom Sky Brown.

To create continuity between the original and remixed ads, the same art direction, composition, and, in some cases, the original copy has been retained. For instance, “Hit the ball as loud as you can” is as true today for Naomi Osaka as it was for Andre Agassi.

The Dream Crazy remix messaging featuring Marcus Rashford has been updated to be specific to the English footballer, his background and story. Marcus is an athlete that transcends sport, using his platform to campaign against racism, homelessness and child hunger. He is the epitome of a modern superstar, one who rises above all expectations.

LA-based Brazilian artist Rafael Dante created the Typhon vs Giannis Antetokounmpo, re-envisioning the fantastical rivalry between an otherworldly basketball player (Charles Barkley) and a mythical beast (Godzilla). Giannis goes toe-to-toe with the god Typhon, the father of all monsters, commemorating his incredible rise in his sport.