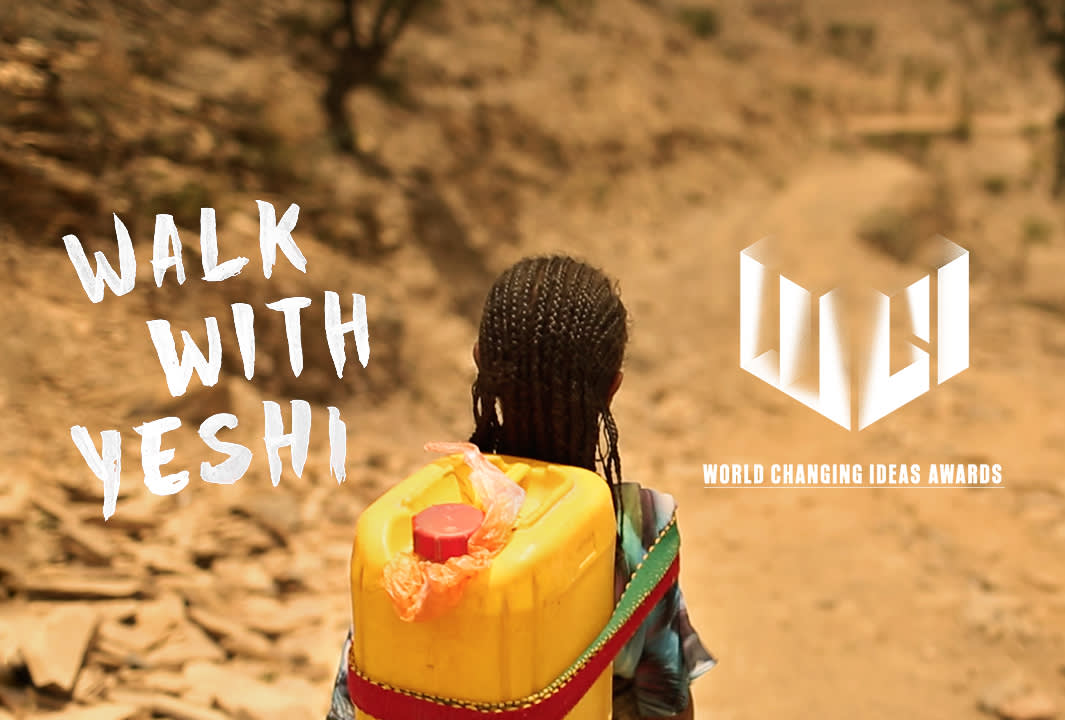 Walk With Yeshi, the experience designed by AKQA to draw attention to the global water crisis, launched in partnership with Lokai and Charity: Water, has been honoured in Fast Company’s World Changing Ideas issue.

Using Facebook Messenger, Walk With Yeshi incorporates artificial intelligence and a conversational, multimedia interface to invite individuals to participate in a young Ethiopian woman’s story. Yeshi, the main character, represents the millions of young women in Northern Africa who walk for hours each day just to collect water. There, roughly half of the population lack access to clean drinking water and as much as 80% of illnesses are linked to poor water and sanitation conditions.

To help their community, young women like Yeshi confront the arid heat, carrying a jerry can that contains three gallons of water when full. Simulating the hardship experienced on the journey, Walk With Yeshi is a two and a half hour experience that makes use of media sharing, geolocation, and personal storytelling capabilities together with Stripe integration to raise funds.

“When addressing humanitarian problems, it’s easy to fall into the predictable formula of shock and despair,” said Ajaz Ahmed, AKQA’s CEO. “Walk With Yeshi overcomes this by creating a human connection, bringing empathy and understanding to the water crisis in a more real way. Walk With Yeshi demonstrates the power of storytelling through software; how art and science can be applied to the non-profit sector to achieve remarkable results.”

Almost 100 water wells have since been funded from the Walk with Yeshi initiative and Lokai’s supporting product campaign. In addition to the Fast Company World Changing Ideas recognition, Walk With Yeshi won Gold by VentureBeat as the best of 34,000 branded chatbots that were launched in 2016.

Fast Company's first-ever World Changing Ideas drew more than one thousand entries. Walk With Yeshi made it through to the final round of judging as an honouree, and was featured in the April 2017 issue of the magazine.