Her Majesty The Queen’s Platinum Jubilee. 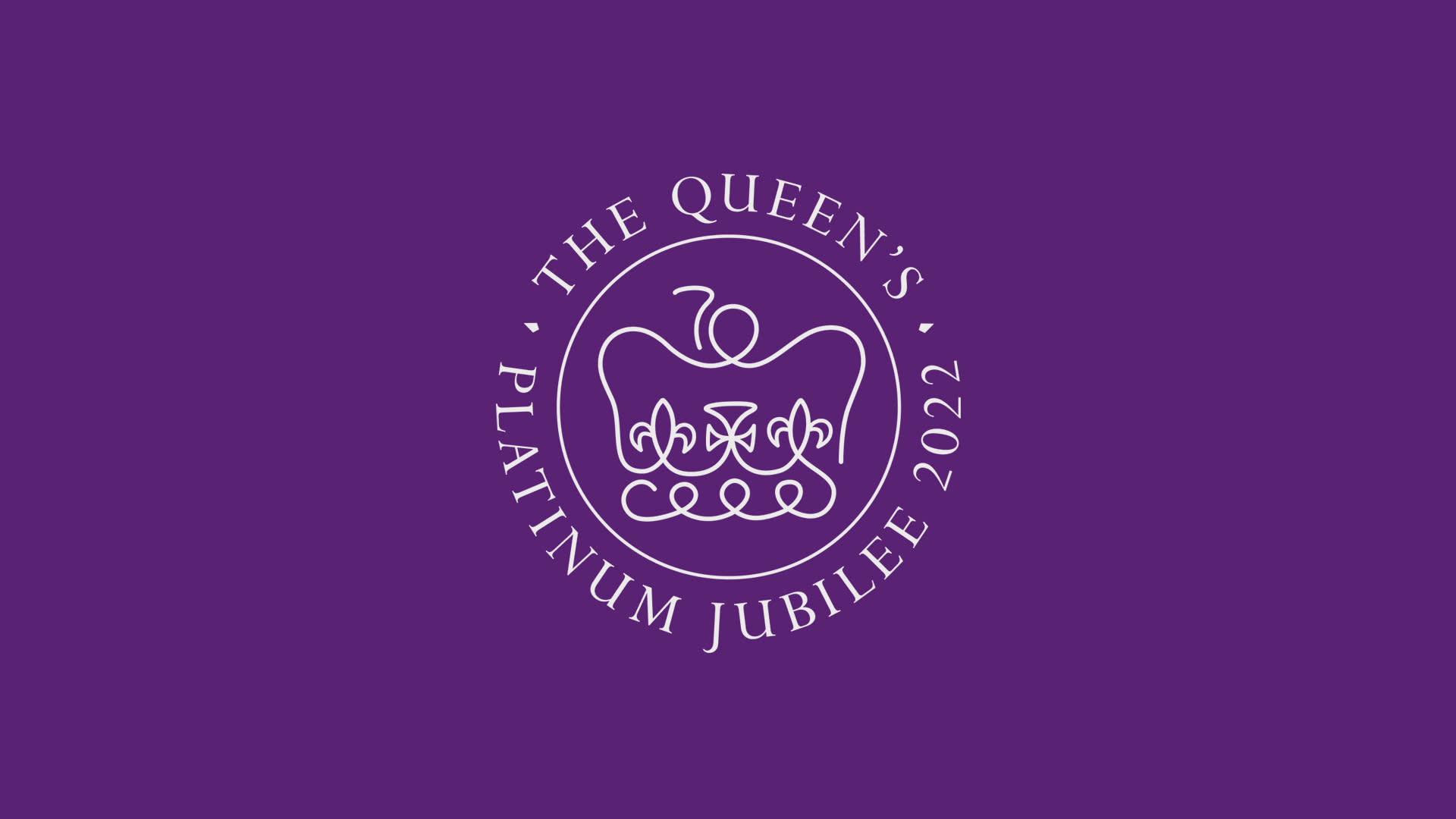 An emblem to mark The Queen’s Platinum Jubilee.

The emblem design for The Queen’s Platinum Jubilee is based on an original illustration drawn by Edward Roberts, a 19-year-old design student at the University of Leeds. Young creatives were challenged to sum up The Queen’s 70-year reign in an artistic expression. Edward’s simple and continuous platinum line design reflects the continuity of The Queen’s service and was unanimously chosen as the winner by a judging panel of industry experts.

AKQA worked with Edward to turn his illustration into the official royal emblem and guidelines. With considered placement in a circular background, the illustration transforms into a royal seal. A defined colour palette of regal purple and platinum, inspired by Her Majesty’s Coronation, complements the design.

The elegant font, Perpetua, meaning forever in Latin, references the original Order of Service for The Queen’s Coronation and is an acknowledgement to the first British Monarch to mark 70 years on the throne.

For my design, I wanted to give a modern twist to the iconic elements of St Edward’s Crown. By drawing it in a continuous line, I felt it was a fitting representation of the continuity of The Queen’s reign.

A symbol of celebration.

Her Majesty The Queen approved the final design, and the BBC debuted the emblem on prime time TV.

The royal emblem became the centrepiece of the Jubilee’s Royal Collection and a point of celebration. It graced everything from the front of trains, the sides of buses, museums, and concert stages. With millions of impressions, the success of the royal emblem received global coverage and praise from news outlets, industry experts, and even praise from Charles, Prince of Wales who noted his love for it’s simplicity.

From the emblem’s success, AKQA was commissioned by The Royal Household to design a suite of stickers for social platforms to celebrate The Queen’s Platinum Jubilee, including PJ the Corgi and the first ever royal AR filter allowing you to wear the centrepiece of the Crown Jewels, St Edward’s Crown. The stickers are available across all social platforms by searching Platinum Jubilee.

Be part of the Story
Fortnum & Mason