From an era of exceptional performance, for a more inclusive future.

On a Saturday night in February 1978, a relay team of all-Black sprinters from Tennessee State University – Deborah Jones, Brenda Morehead, Chandra Cheeseborough and Ernestine Davis – made world history inside Louisville’s Freedom Hall, breaking the indoor 880-metre relay world record with a time of 1:38.5.

This record was also significant for Nike. Still in its infancy, the TSU Tigerbelles’ world record became the first-ever world record set by a Nike-sponsored team.

For the Tigerbelles, this moment was only a snapshot of their decades of dominance in women’s track and field, and their inspiration for activism in the civil rights movement and female athletes everywhere. Their timeline dates back to the early 1950s and continues through the 1970s, when the team amassed college championships, Olympic medals, international awards and further world records. To date, 40 Tigerbelles have competed in the Olympics.

Despite their monumental accomplishments, the story of the Tigerbelles is known by too few.

A spike in history.

In commemoration of the shared history, Nike, together with AKQA, commissioned a large-scale art installation made entirely of individual track spikes. The piece recreates an iconic photograph of the Tigerbelles crossing the finish line at the national AAU Track and Field Championships in June 1978. From left to right, it features Brenda Morehead, Chandra Cheeseborough and Ernestine Davis. 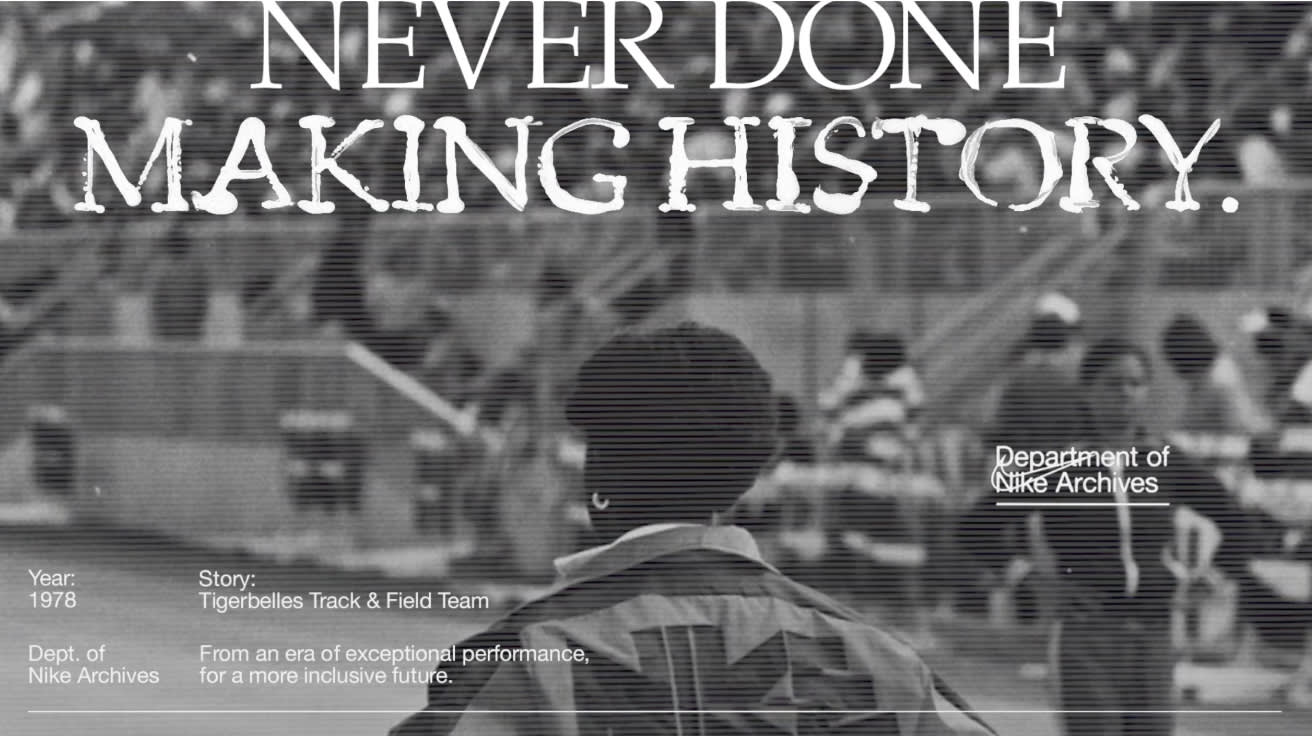 Passing the baton to the future.

The installation is currently displayed at the National Civil Rights Museum in Memphis, Tennessee, where visitors can learn about the Tigerbelles’ legacy and witness the magnitude of their feat first-hand. An Instagram Reel was also released by Nike to further amplify their story, a legacy to be seen and known for this generation and those to come.

The Tigerbelles are pioneers in their sport, ground-breaking athletes who showed us what it takes to make history.