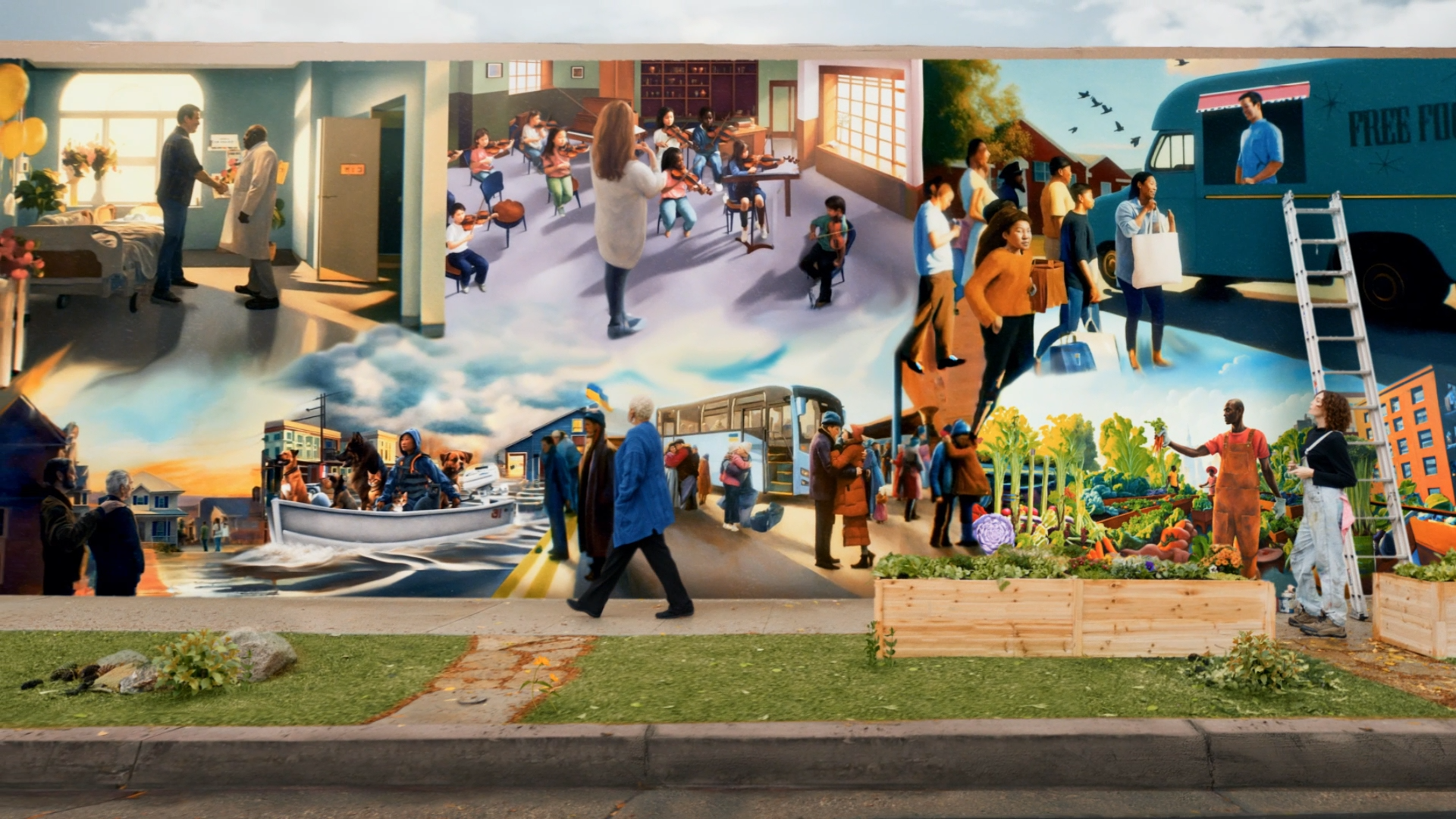 Even the smallest acts of help add up to change the world.

To tell the story of the true power of community for its Year In Help campaign, GoFundMe was seeking an idea that would not only thank its donors and stir emotion, but also cut through the noise of typical year-in-review creative.

With the advent of mainstream AI generative art, an opportunity arose to portray all the individual donors who helped its communities in a scalable yet artful way. 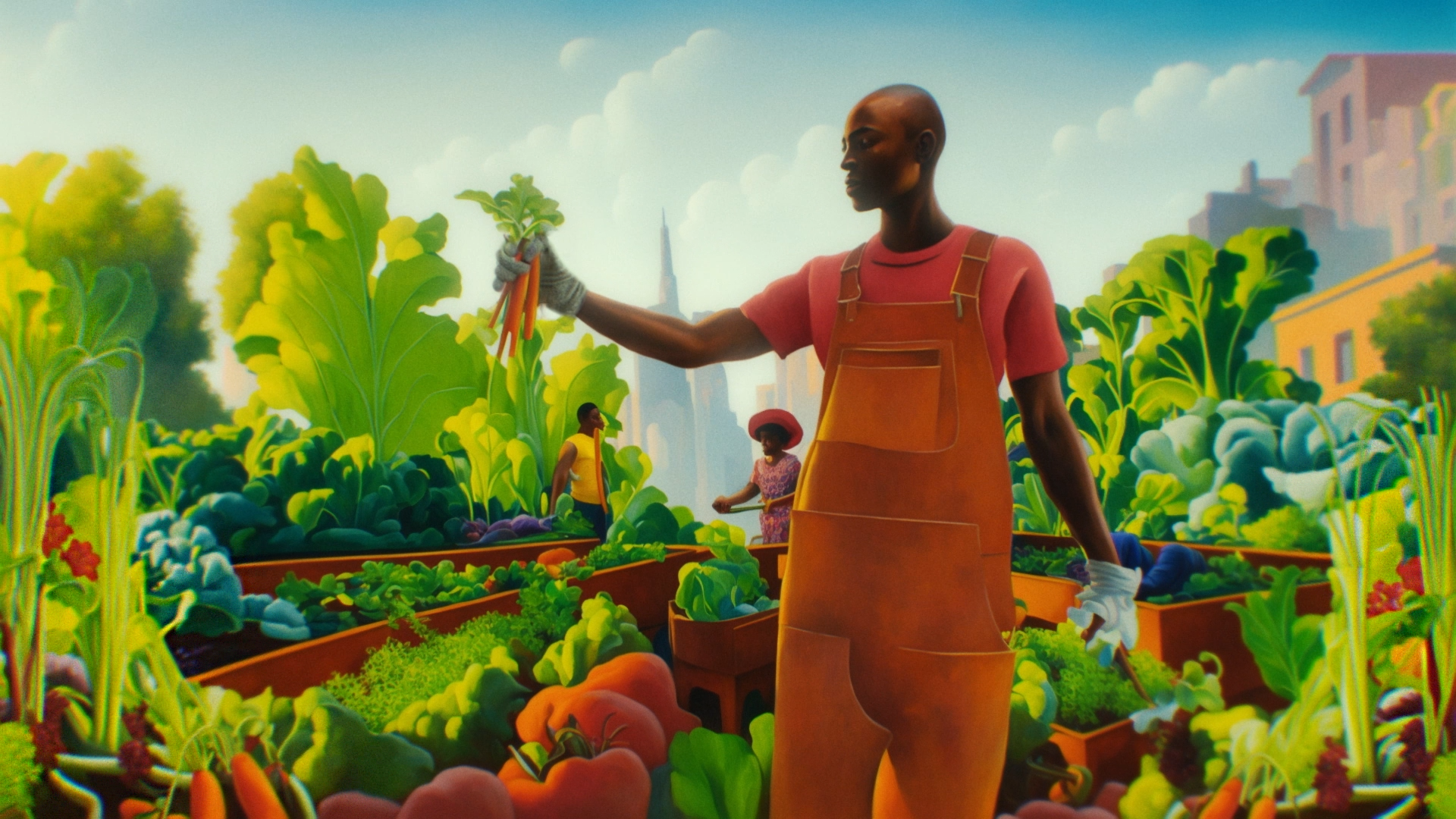 Inspired by a diversity of public mural aesthetics found in neighbourhood streets across America, the AI aggregated a single, universal community aesthetic to depict real GoFundMe stories from throughout the year.

To take things to the next level, the GoFundMe mural was transformed into an emotive film. It starts on a typical street, shot in live action. Then, moving through a half-painted wall, the static mural comes to life in motion. Every single frame of the film was created using a unique combination of AI technologies, with each scene visually transforming frame-by-frame for the better as donations impact the world.

In collaboration with both visual finishing artists, as well as musical recording artists, the real stories of hope in each scene were seamlessly woven together. All while a flurry of UI tiles, representing donations made on GoFundMe’s platform, demonstrated the real world impact that kindness has on communities.

The story extended through digital and social, where the audience could explore one level deeper to discover the fundraiser behind the scene, and even contribute their own donation directly.

A groundbreaking combination of art and science tells the power of community.

GoFundMe made a significant impact on its own community of donors, by thanking and inspiring them like never before. Immediately at launch, there was a universally positive response to the story’s message, and a gratitude for GoFundMe bringing some magic and hope into a world that needs it more than ever.

Meanwhile, the unique approach to GoFundMe’s pioneering production gives a glimpse of AI as a collaborative tool that can supercharge creativity and unlock new ways of working.

US Ad of the Day: GoFundMe paints the power of donating

A timeless contribution to sustainability

A new meaning for Halloweening

A new meaning for Halloweening
WWF