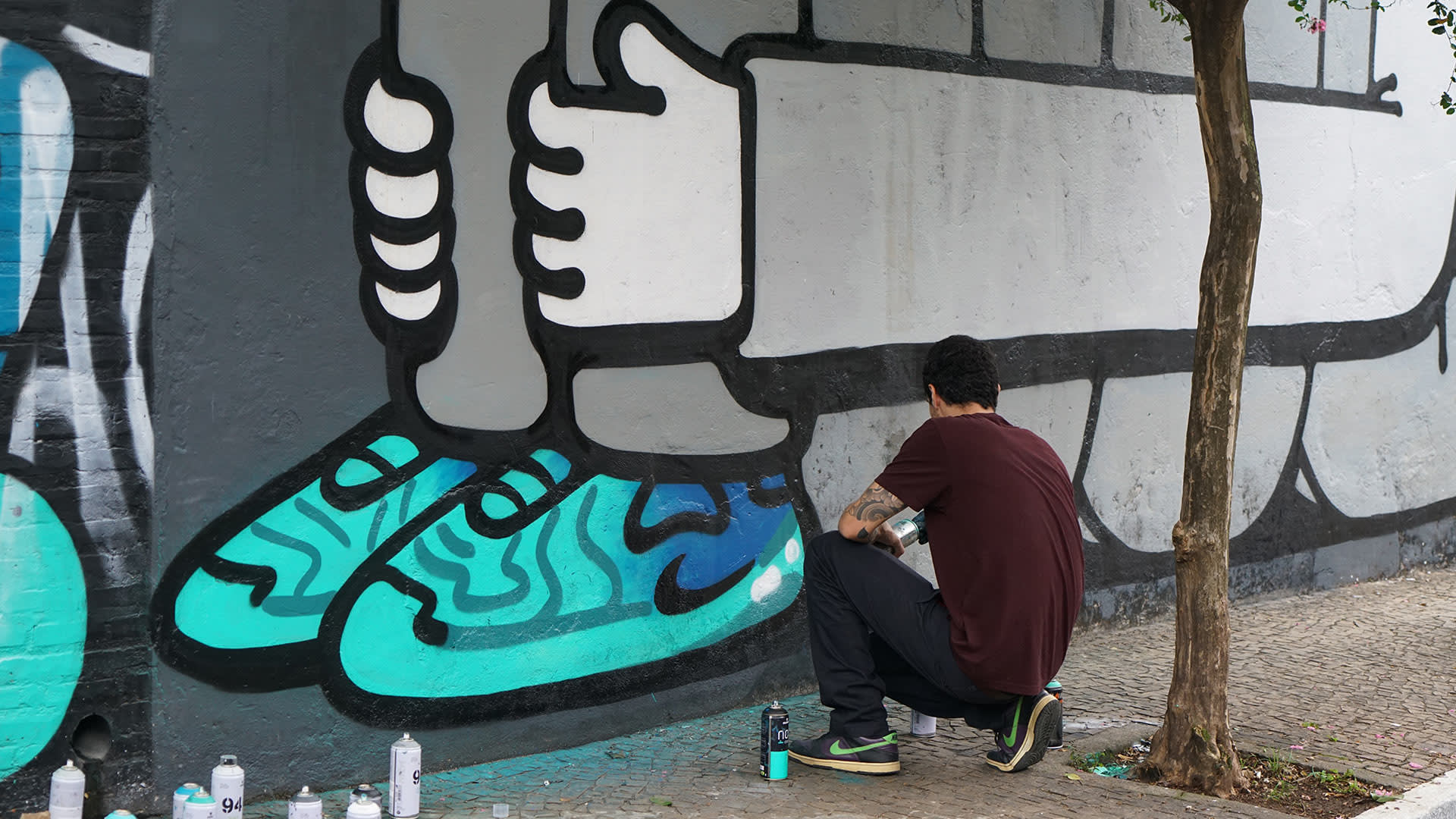 Partnering with the Brazilian street-art collective InstaGraffiti, placing shoes on the feet of those that most represent São Paulo’s street scene - the city’s graffiti characters.

Graffiti artists update existing characters with the most coveted Air Max models, with a new shoe line launching each week in another city district. Fans obtain the shoes by visiting the walls and unlocking purchase at Nike.com using geolocation. As an extra reward, an exclusive film brings the character wearing the shoes, to life. 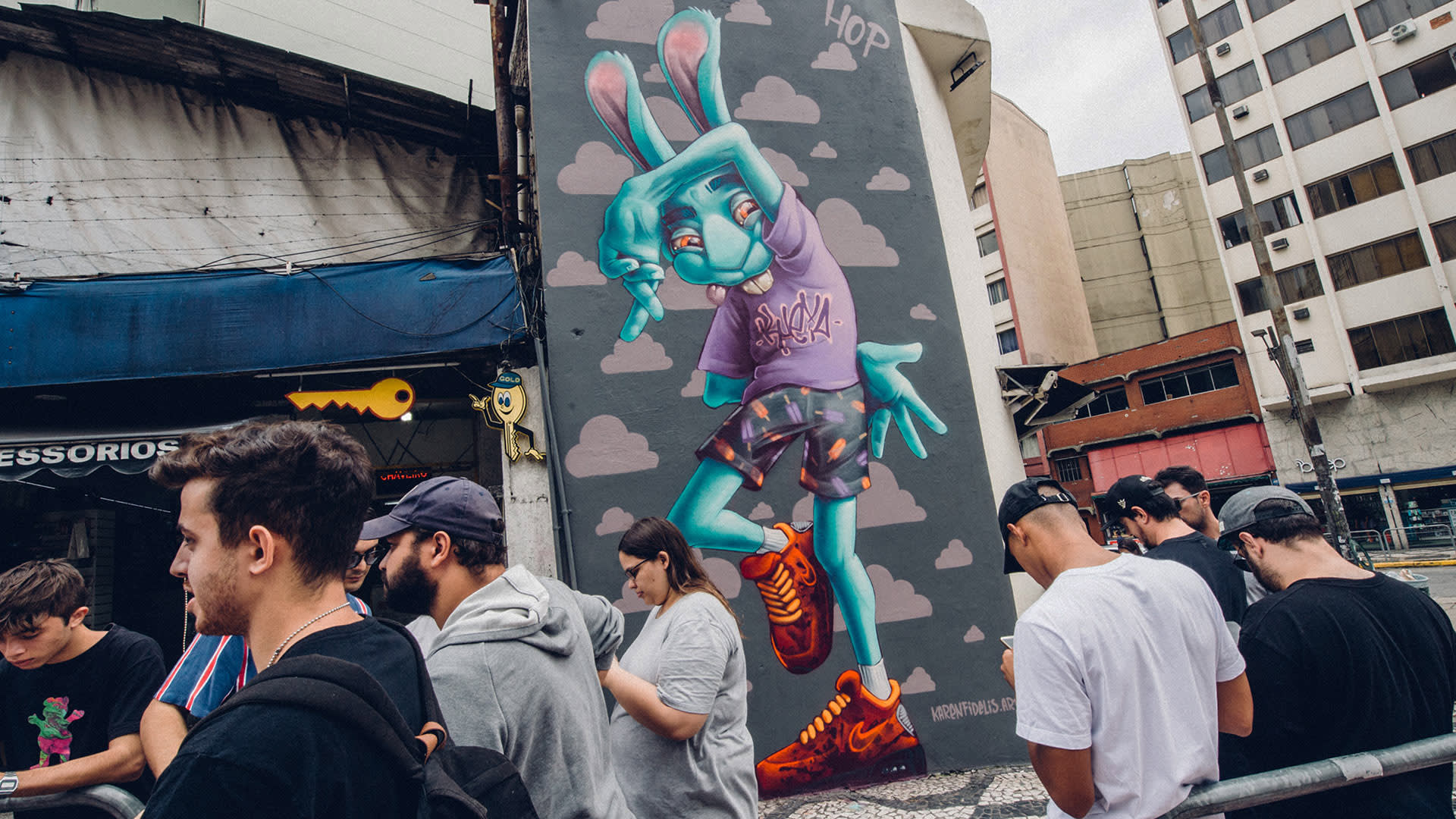 The city’s walls are transformed into stores, and Nike’s online retail is elevated into a world-first cultural experience that unites the citizens.

Graffiti Stores became a profitable platform for new releases. The murals increased visits to Nike.com by 22% and with an 80-million social media reach, the legend lives on as part of the city’s urban heritage.