Racism is Insidious.
It can be Defeated.


“Race doesn’t really exist for you because it has never been a barrier. Black folks don’t have that choice.”

Every minute of every day, Black people suffer the brutal indignity and degradation of systemic oppression. The evidence clearly shows Black people have been persecuted at the hands of white supremacist structures for centuries, and continue to be so. The murders of George Floyd, Ahmaud Arbery, Breonna Taylor, Tony McDade, as well as other countless incidences of racially motivated attacks and harmful propaganda against people of colour, are examples of the life and death situations relentlessly inflicted upon the Black community.

To fix the problem we have to acknowledge the problem. Racism is still an international issue that is exacerbated when those with power intentionally divide us for their personal and political benefit. Though many of us have the privilege not to experience it, racism is alive and active on many corners of the world, including the UK which has an extensive record of subjugation and systemic racism – as demonstrated by: Black applicants needing to send 80% more applications to get a positive response from an employer than a white person; Black, Asian and minority ethnic workers being paid between 17% to 37% less than their white counterparts; the persistent negative portrayals and misrepresentations of Black people and minorities in the media; the miseducation of British colonial history; the disproportionate number of Black people dying from COVID-19 ; the disproportionate number of Black people in prison ; the disproportionate number of Black people dying in police custody ; the litany of micro-aggressions, overt aggressions and indignities that Black people suffer daily.

We know that it’s not statistics that change the world, but stories. Communicators and storytellers have the opportunity to reform the narrative and thereby move hearts and minds in ways cold numbers cannot.

We must use our work and influence to collectively fight the negative, degrading, harmful stereotypes of Black people propagated by the advertising, media, news, film, television and entertainment industries.

Change begins with a historic self-reckoning of the systems upheld, the conversations, confrontations and questions avoided, and the abuse of power that’s been enabled.

We are implementing a series of immediate actions, structural changes, industry-initiatives and group-wide commitments to increase people of colour representation, ensure meaningful careers with our firm and achieve the desired long-lasting effect within AKQA and the industry.

As this moment catalyses self-education, listening, learning and action, we realise we will not have the right solutions as quickly as we want them, but our pledge is that we will make further actionable short-term and long-term steps we can activate on. We each have the power to confront white supremacy, by educating ourselves about the ways racism manifests, by interrogating our own actions, and by committing to change. It is our responsibility to learn, reflect, and help to build a fairer world. Please use the following resources to contribute to the collective goal of defeating racism. Please share any thoughts and suggestions with us antiracism@akqa.com

An introduction to 1800 years of the Black British history: from the Roman Africans who guarded Hadrian’s Wall to present day.

Caste: The Lies That Divide Us

The Mis-Education of the Negro

The thesis of Dr. Woodson’s book is that African-Americans of his day were being culturally indoctrinated, rather than educated.

Inspired by discussion around why society appears to deem people of colour as bad immigrants.

Natives: Race and Class in the Ruins of Empire

The Sunday Times bestseller on race and class in the UK, from the MOBO award-winning musician Akala.

A richly illustrated account of black-white contacts from the Pharaohs to the Caesars.

The Hidden Cost of Being African American

Audre Lorde gave voice to those ‘outside the circle of this society’s definition of acceptable women’.

Explores the reality of US police violence against Black, Brown and Indigenous communities.

Why it's so hard for white people to talk about racism.

Stamped: Racism, Antiracism, and You

The story of anti-black, racist ideas over the course of American history.

On Race, Identity and Belonging

The Making of the Black Working Class in Britain

The first comprehensive historical perspective on the relationship between black workers and the changing patterns of Britain's labour needs.

Inside the Complexity of Aboriginal Political Culture.

Between The World And Me

Written as a letter to the author’s teenage son about the feelings, symbolism, and realities associated with being Black in the United States.

I Know Why the Caged Bird Sings

Maya Angelou’s debut memoir has become an classic beloved worldwide. Her six volumes of autobiography are a testament to the her talents and resilience.

Stories of Black Women Freedom Fighters.Rosa Parks refused to give up her seat on a bus and sparked a boycott that changed America.

The Color of Water

A vivid portrait of growing up, a haunting meditation on race and identity, and a lyrical valentine to a mother from her son.

Growing Up Aboriginal in Australia

What is it like to grow up Aboriginal in Australia? This anthology, compiled by award-winning author Anita Heiss, showcases many diverse voices, experiences and stories.

Just Mercy: A Story of Justice and Redemption

Book of the year by the New York Times, civil rights defence attorney Bryan Stevenson tells a memoir about the lives of those he has defended, and the ongoing pursuit of justice.

Black Feeling, Black Talk, is formative in the canon of Black American poetry and poetics, and contains many meditations on intellectual and emotional connection between Black people.

The Invisible Scars of Microaggressions

A resource for white people and parents to deepen their anti-racism work.

What you need to know - based on the facts and data.

My Role in the Social Change Ecosystem

A reflection about how to move off the seesaw of outrage and numbness that many of us find ourselves on these days.

Use your privilege and unlearn racism. Everyone has a role to play.

A covert and overt beast

This is an invitation for you to do your own work in unpacking how white supremacy and anti-Blackness manifests.

This is what an antiracist America would look like. How do we get there?

For people who want to support and be an ally right now.

Confronting the legacy of racial terror.

We Are All Brothers

Kalidou Koulibaly shares his stories of racism in football.

We as the voters need to do something different.

Racism and the Media: A Textual Analysis

Major findings include examples related to racial micro-aggressions and the impacts as it relates to media exposure.

Impact on the Lives of Black Men and Boys

A troubling link between media portrayals and lowered life chances for black males.

An insightful and moving essay collection exploring ideas and questions prompted by this time of social isolation.

Me and White Supremacy

A workbook born out of an Instagram challenge that catalysed an awakening for white-privileged people.

In Search of Black History with Bonnie Greer

Bonnie Greer travels through the ages, to uncover the complexity of our shared histories.

We Need to Talk About the British Empire

Insights into moments in black history that you won’t have been taught in school.

Let’s Have The Hard Conversation

21 podcasts that confront racism in America.

Dael Orlandersmith explores the dark forces of American history that exploded in Missouri.

The purpose of this course is to examine the African American experience in the United States from 1863 to the present.

A guide to understanding race, racism and white privilege.

The Hate U Give

Witnessing the fatal shooting of her childhood friend by a policeman. Starr must find her voice and stand up for what’s right.

Students of color navigate an Ivy League college that’s not nearly as “post-racial” as it thinks.

An estranged couple reunite in a Florida police station to help find their missing teenage son.

I Am Not Your Negro

A documentary of James Baldwin’s story about race in modern America.

Scholars, activists and politicians analyze the criminalization of African Americans and the U.S. prison boom.

The hidden life of Rosa Parks

Learn about the life of civil rights activist Rosa Parks— her work with the NAACP, bus boycotts, and her lifelong fight against racial inequality.

Black Panthers: Vanguard of the Revolution

Stanley Nelson tells the vibrant story of a pivotal movement that feels timely all over again.

Rachel Dolezal reckons with the aftermath of a national debate sparked by questions about her racial identity.

When They See Us

The story of 5 teenaged boys falsely accused of rape in Central Park.

Jane Elliott, a teacher in a small, all-white Iowa town gave her students a daring lesson in discrimination.

An interview, in which they discuss two issues that run to the heart of modern Britain: race and class.

Portraits of public and private lives against the shifting social climate of 20th century Britain.

Aboriginal & Torres Strait Islander stories from around the ABC & around Australia.

In My Blood It Runs

In 1931, three half-white, half-Aboriginal girls escape after being plucked from their houses to be trained as domestic staff.

An American biographical legal drama film, framing the wider story of poverty, prejudice and institutional racism with an infamous miscarriage of justice.

A cinematic VR experience that immerses the viewer in the long history of restriction of movement for black Americans and the creation of safe spaces in our communities.

The story of Anthony Walker, a black teenager murdered in a racist attack in Merseyside in 2005, and how his life could have been.

The official gofundme page for the George Floyd Memorial Fund.

The Minnesota Freedom Fund pays criminal bail and immigration bond for those who cannot afford to.

I Run With Maud

A future where all Black people have autonomy, and safety is community-led.

See how many policies your city has enacted.

Promoting fair elections in the US, encouraging voter participation in elections, and educating voters.

National Association for the Advancement of Colored People

Ensuring a society in which all individuals have equal rights without discrimination based on race.

An Agenda to End Police Violence

George Floyd was murdered by a Minneapolis police officer.

Help people respond effectively to injustice in the world around us.

Showing Up for Real Justice

SURJ is a national network of groups and individuals working to undermine white supremacy and to work toward racial justice.

Rachel’s work provides intellectual discourse, tools, and resources that explore the intersection of race and womanhood.

Mona Chalabi is a British data journalist and writer of Iraqi descent.

Munroe Bergdorf is an English model and activist. She has walked several catwalks for brands.

The Conscious Kid is an education, research and policy organization dedicated to reducing bias and promoting positive identity development in youth.

No White Saviors is an advocacy campaign led by a majority female, majority African team of professionals based in Kampala, Uganda.

A globally respected writer, speaker and podcast host on the topics of race, identity, leadership, personal transformation and social change.

Live into the work

Guiding folx on their journey to dismantle their relationship with power, privilege & racism.

Uncomfortable Conversations with a Black Man. 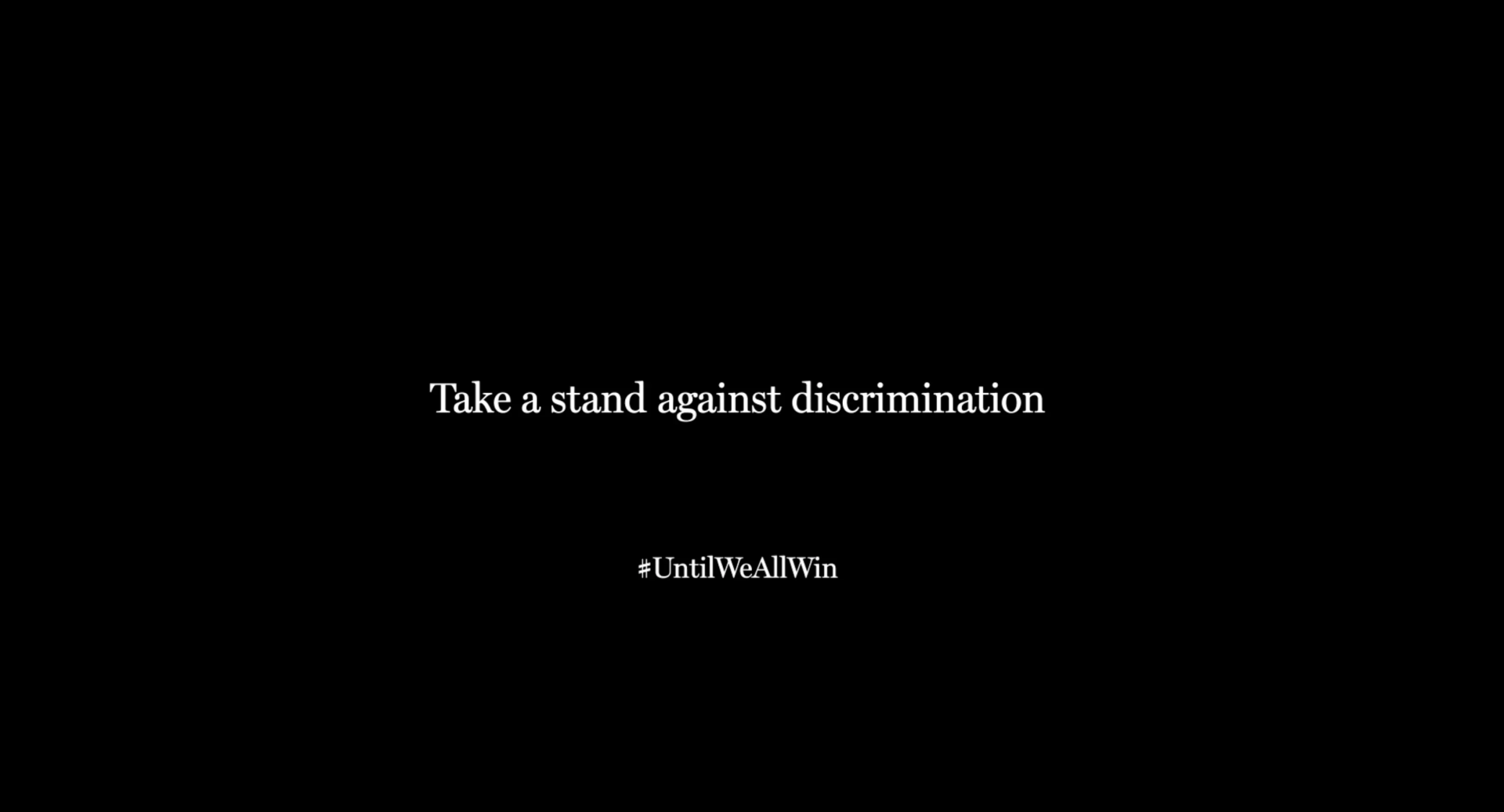