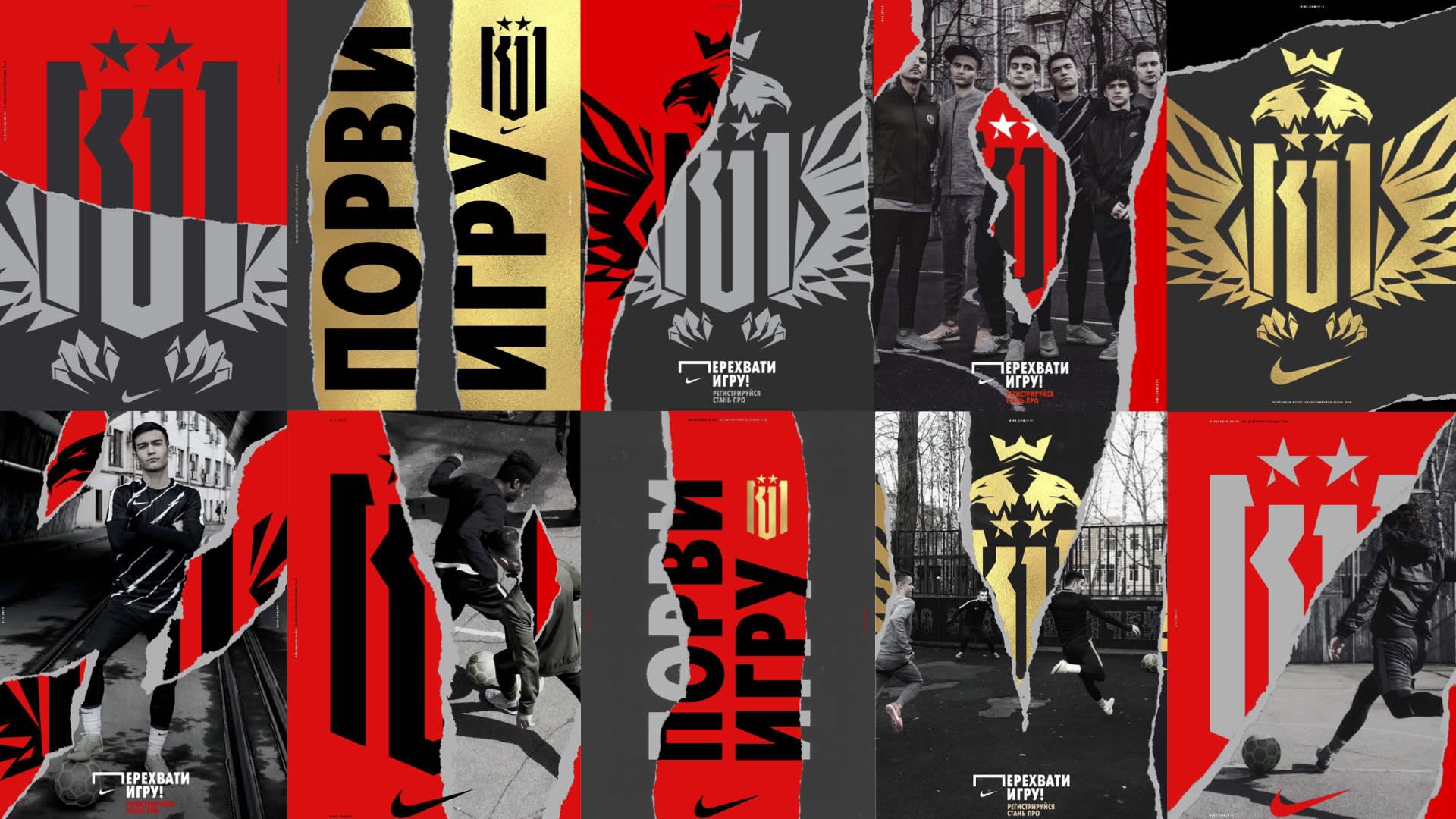 Scout yourself. Make the team.

The K11 is a team of street football players created to take on the pros at their own game, in a match watched by scouts from all over the world. The K11 squad was discovered through ‘Selfie Scouting’, a unique system that connects every young player with a pro scout, using only their mobile to get scouted anytime, anywhere.

Posters wrapped street pitches known as Korobkas all over Moscow and St Petersburg, instructing street players to film themselves to prove they’ve got what it takes to make the K11 team. From over 8,000 submissions came the final squad of 22, who spent four weeks with pro coaches and players as they trained for the biggest game of their lives.