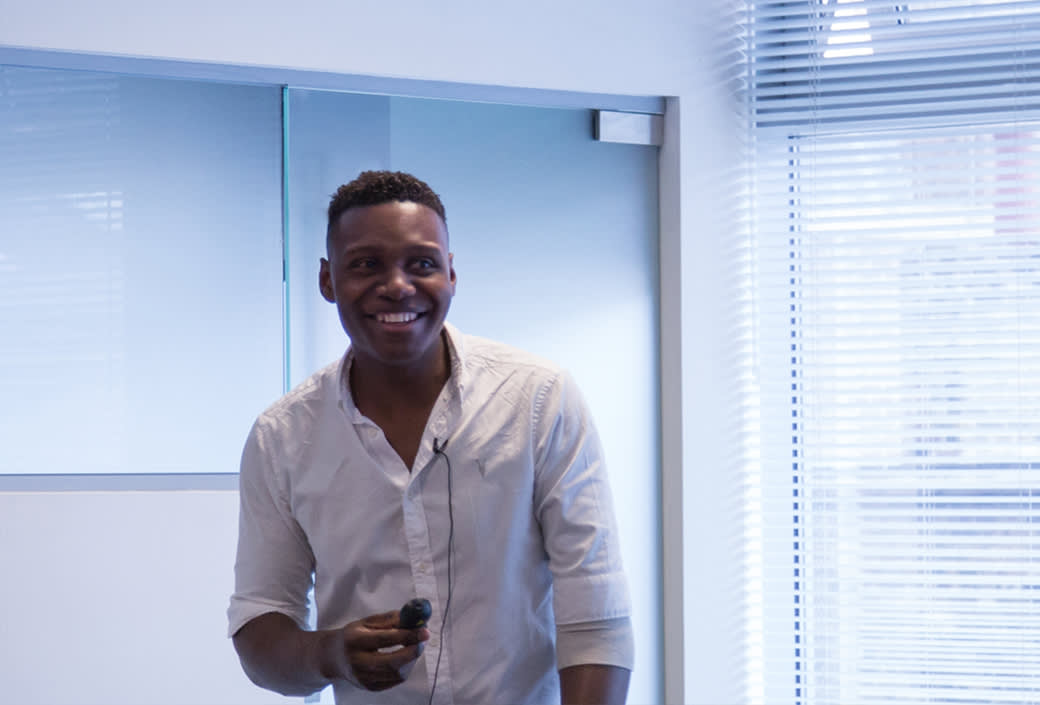 “Setbacks are common, but it's how you react that counts.”

War veteran Ben McBean was just 20 when he lost part of his arm and leg in a landmine blast while serving in Afghanistan. Told he might not survive the flight home, Ben spoke to AKQA about how an overwhelmingly positive attitude helped him overcome his predicament – and now, at 28, he is a successful public speaker, entrepreneur and long-distance runner. Ben credits a powerful belief in his ability to succeed with achieving the seemingly impossible: he ran his first London marathon with a prosthetic limb a year after his ordeal. “Believe in yourself and you already have a head start,” he told the audience.

Go with the Flo
Bill Granger