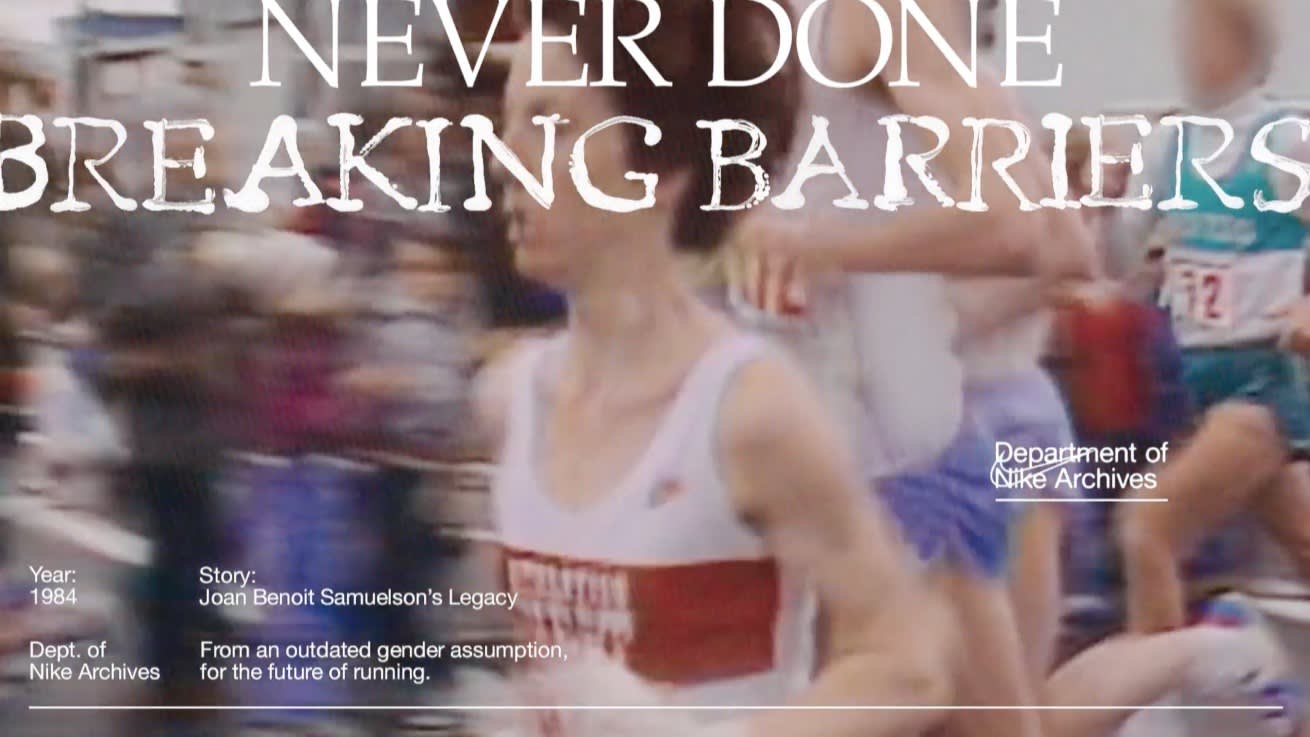 From an outdated gender assumption, for the future of running.

In 1984, Joan Benoit Samuelson became the first woman to win a gold medal in an Olympic marathon. The impact of this run was a turning point for women in sports, but decades later, women are still being kept on the sidelines.

In 2019, Caster Semenya was sidelined for her testosterone levels. She is a three-time 800-meter World Champion and continues to compete in global events.

Yulimar Rojas grew up in a large, humble family in Venezuela without training facilities. She won Olympic gold in the 2020 Games and currently holds the women’s triple jump world record. 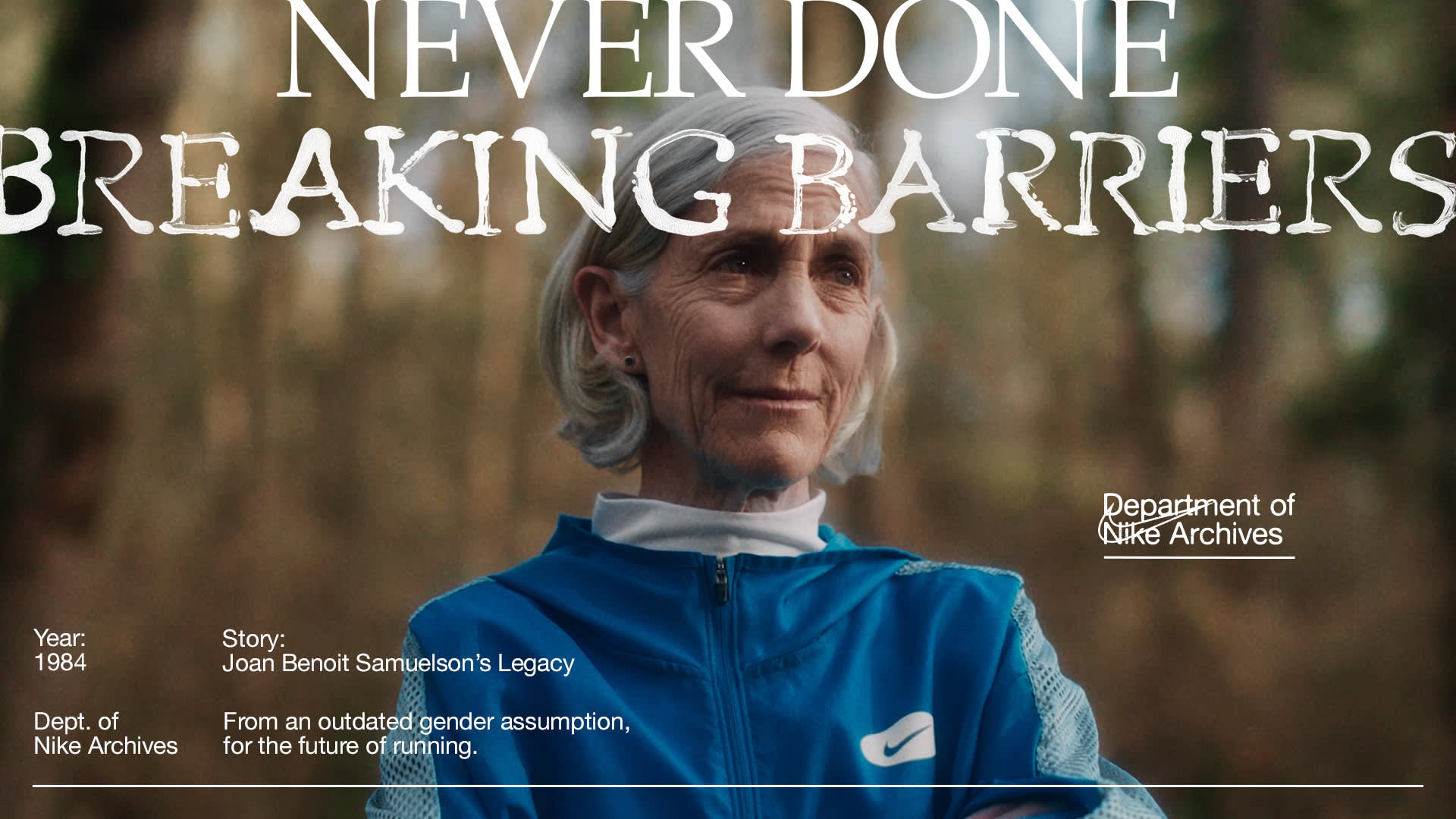 To tell Joan’s barrier-breaking story and to showcase the collective journey of women against gender assumptions, Nike created a 60-second film.

With Joan as the spokesperson, the film moves from her epic win over forty years ago to today, looking toward all the finish lines we have yet to reach. It highlights the barriers Joan and all women faced in the world of distance running and the obstacles female athletes like Tatyana McFadden, Yulimar Rojas and Caster Semenya are up against today.

The film was captured and edited to look like it’s one continuous race, to empathise that women everywhere are still running the race Joan Benoit Samuelson laid the foundation for.

Runners from around the world were invited to join Joan in breaking their own barriers and to work together toward a collective distance goal of 500,000 km in seven days. In less than two days, NRC runners crushed that goal. The final count: 2,402,995 km.