You don’t wear the new eyewear collection. You play it. 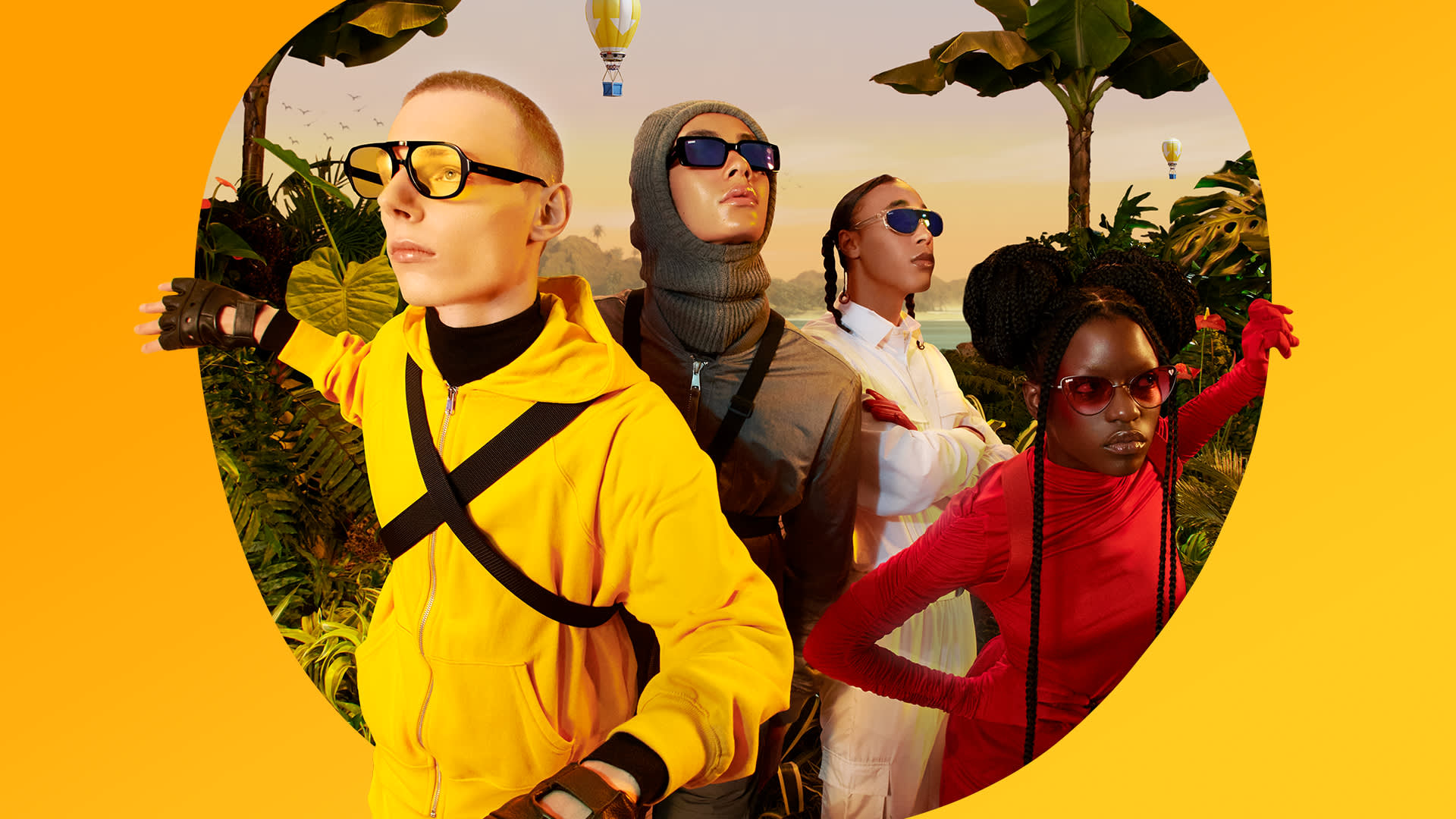 Firmly at the vanguard of technology, Generation Z are leading a shift in behaviour to live and shop between digital and physical worlds.

One such place is Fortnite, the cult battle royale game with 350 million unique players, up to 30 million of whom might be found playing in a single day. It’s a captive audience for Unofficial: the young ambitious eyewear brand ready to make it’s mark on modern youth culture.

A new breed of eyewear has landed on Earth, with the power to turn the real world into a digital playground.

Being the first eyewear brand to land a collaboration with Fortnite demands a certain degree of panache. An immersive campaign was imagined as an extension of the game. Borrowing heavily from the codes of Fortnite, Unofficial invited everyone to Play the Frame, blurring the lines between physical self and digital avatar in a fantastical in-between world.

To tease the collection, real life supply chests, crafted by world-class artisans, were airdropped onto the front lawns of selected streamers. Completely sealed, the streamer would need to rally the support of their Fortnite community to get the chest open. A supplied code led our streamer to the Unofficial creative map, where they found an identical chest in the virtual world. Working as a team, players needed to figure out how to prise it open, one gesture at a time.

Back in the real world, the physical chest was brought to life and began opening in synchronicity. Once open, streamers found a selection of eyewear from the new Fortnite with Unofficial collection.

This is eyewear history. Co-branding with Fortnite allows us to strengthen Unofficial as a young and affordable brand fitted to take part in the global Generation Z conversation.

1.6 million fans tuned in on Twitch and YouTube to catch the livestream events, hosted in the UK, France and Germany, racking up 150,000 hours of footage watched. All three lives were in top trends on YouTube and Twitch.

The map was then open to everyone, to give a chance to the streamers’ communities to beat the highest score. In total, more than 2,000 hours were spent on the map, for an average playtime of 35 minutes.

The bold, disruptive activation played out across point of sale, social, paid media and digital, leveraging Unofficials’ digital audience alongside its network of 4000 stores across 27 countries.

We Do More With Less

We Do More With Less
Minecraft